Facts About Gemstones That We Bet You Didn’t Know About 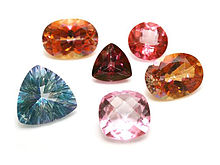 Facts About Gemstones That We Bet You Didn’t Know About

Since prehistoric times, gemstone jewellery is being worn and appreciated by the world. Some say that gemstones have therapeutic properties while others consider them as a means to their personal development and growth. No wonder, why the world is madly in love with gemstones. But there are many things that you are yet to know about the gemstones you wear. If you’re keen to know some interesting gem facts, then you have probably ended up at the right place.

According to Egyptians mythology, gemstones exhibiting green shade were assumed to be rare and precious. Interestingly, they also believed that green gems blessed the wearers with a great pot of luck. People found it difficult to differentiate between peridot and emerald as both of them flaunted the similar green tone. Cleopatra, the Egyptian queen was too fond of emeralds. But due to the similar colour saturation, the queen found herself loving emeralds more than any other gemstones.

This gem derived its name from a pomegranate.

Some people have a false believe that the term ‘garnet’ is derived from an English world which signified blood. However this just the partial truth. This red shimmering gemstone looks similar to tiny seeds of your favourite summer fruit. Could you guess the name of the fruit? It is none other than pomegranate. Now you know why the garnets remind you of seeds of pomegranate? This is not all. Did you know that pomegranate symbolizes universal cycles of life, death and rebirth. Sounds, interesting enough?

Solve this puzzle. Name the hardest gemstone on this planet?

Popularly known as a woman’s best friend, diamonds are labelled as not only the hardest but also the strongest gemstones ever found. The famous saying that to cut a fine piece of diamond, it takes only another piece of diamond. Diamonds are a preferred choice amongst women for regular wear. The hardness feature of diamonds make them stand apart from other valuable gemstones.

After the hardest gemstone, it’s time to reveal the lightest gemstone that is usually purchased as bulk gemstones.

Talking about the lightest gemstone, Amber tops the list. To assess the lightness of this gemstone, you can leave it in salt water. To your surprise, it will stay at the surfaces. Amber is a collective outcome of two elements, raisin and sap which are extracted from ancient fossilized trees. Have you heard about the sturdiest amber? It is the same amber which is used to build beautiful pieces of amber jewellery. Named as baltic amber, this type of amber is divine in itself.

Did anyone tell you about gemstones with natural stripes?

Agate is the gemstone that is covered with natural stripes all over its surface. Creative, exquisite and distinctive, agate derives its lining from minerals such as quartz or chalcedony.

The uniqueness of tanzanite can be understood from the fact that it is mined merely in one place on this Earth. This gemstones hold a fascinating history behind their origin. Talking about vibrant gemstones and missing out tanzanite would be quite unfair.

What are you waiting for? Grab top-notch quality wholesale gemstone beads or bulk gemstones at wholesale prices.

Aren’t these facts interesting? To gain more knowledge about your favourite gemstones, connect with us right away. Hope, you found the article useful. 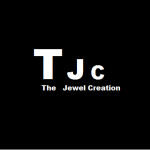